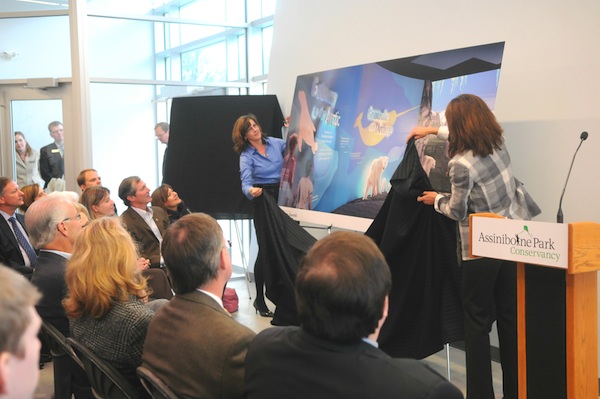 The Assiniboine Park Conservancy received its largest private donation ever on Tuesday in the form of a $5 million contribution.

The Richardson Foundation pledged the donation toward the Journey of Churchill exhibit, a polar bear enclosure which is set to open at the Assiniboine Park Zoo in October 2013.

“A gift of this magnitude is a very rare thing in Manitoba,” said Margaret Redmond, president and CEO of the Assiniboine Park Conservancy. “Not only will it help us develop a world-class exhibit at the Assiniboine Park Zoo but the impact of Journey to Churchill will be felt on a global level. This gift will play a major role in making that happen.”

Tuesday’s announcement marked the start of Phase II in the project, with the opening of the Qualico Family Centre this coming November.

The Journey to Churchill exhibit is just one piece of a $200 million redevelopment plan currently underway at the zoo.