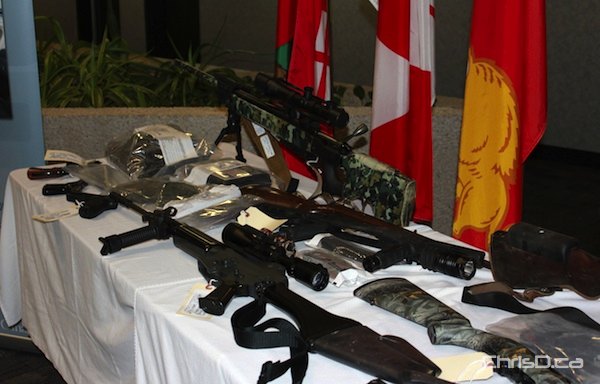 RCMP have made a large weapons bust in rural Manitoba, seizing nearly a dozen firearms during a three-day period in the RM of La Broquerie.

The weapons were found at a rural location, as well as in multiple outbuildings and vehicles.