Prepare yourself to be pampered — a new day spa is set to open in the south end of the city.

Nordik Spa-Nature announced Tuesday plans to develop a $6 million spa at the Crescent Drive Golf Course after finalizing a deal with the City of Winnipeg. 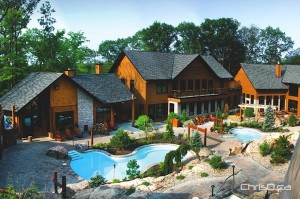 During a news conference this morning, representatives from the city, Nordik, ANIM (Manitoba’s Bilingual Trade Agency) and Yes! Winnipeg outlined plans for the new facility, which will feature steam and massage treatments, plus other amenities.

Once built, the spa is expected to create 60 new full-time jobs and 50 new contract positions, and will become an important tourism asset for Winnipeg.

The original Nordik Spa-Nature is located in Chelsea, Quebec, where it offers a unique relaxation experience inspired by the techniques found in the Nordic Countries. The new Winnipeg spa will become Nordik Spa-Nature’s first franchised spa in Canada.

The cost to enjoy a day of relaxation will run you $45.