Home » Entertainment » Media to Carve Pumpkins for a Cause

Media to Carve Pumpkins for a Cause 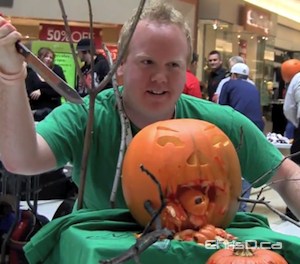 Winnipeg media will try their hand at carving the best looking pumpkin on Friday in the name of charity.

Carving for a Cause will be held in centre court at Kildonan Place Shopping Centre and will include a list of local media each carving in support of an individual cause. The mall will donate $100 to charity for each entrant.

The public can then vote for their favourite pumpkin through the mall’s Facebook page. The pumpkin with the most “Likes” by 10 p.m. on October 31 will get an extra $500 donated to their carver’s charity.