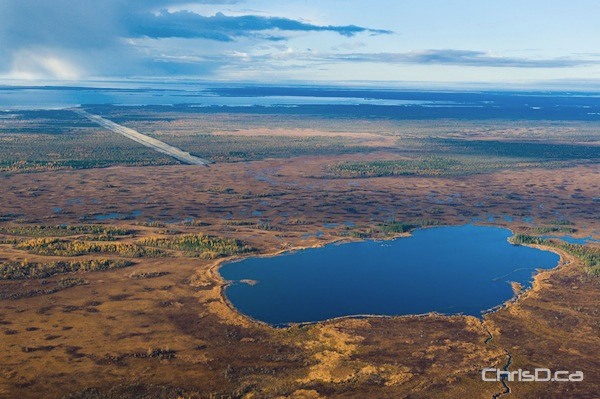 An emergency outlet channel to reduce lake levels in the province and minimize the risk of spring flooding next year began draining on Tuesday.

The 6.5-kilometre channel will drain water from Lake Manitoba and Lake St. Martin to alleviate flooding concerns for area residents and farmers.

The reduction in lake water levels will allow for the Fairford Dam structure to remain open during the winter.

The channel — which began being dug on August 29 — begins at the east end of Lake St. Martin and runs east to Buffalo Creek.

Premier Greg Selinger says work to extend the channel’s reach from Buffalo Creek to Lake Winnipeg before next spring is already underway. Doing so will help ease spring breakup and ice jam-related flooding along the Dauphin River.

More than 130 workers were involved with constructing the channel, and about 1.5 million cubic metres of material was moved.