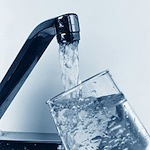 The Manitoba Liberals introduced a petition Tuesday to get the NDP to act on implementing suitable water infrastructure on many Manitoba First Nations.

“The NDP demonstrate an utter, ongoing failure to meet the needs of so many residents in First Nations communities suffering from the effects of a shocking and deplorable lack of accessible running water and proper sewage,” Liberal leader Jon Gerrard said in a release. “[It] is time for them to stop ignoring their responsibility.”

Garrioch says the United Nations recommend 50 litres of clean water per person every day to meet the basic needs of drinking, cooking and cleaning. Currently, thousands of residents living on the province’s First Nations don’t meet this need.

The petition can be downloaded from the Liberal website and will be presented in the Legislature during the next sitting session — likely in spring 2012.