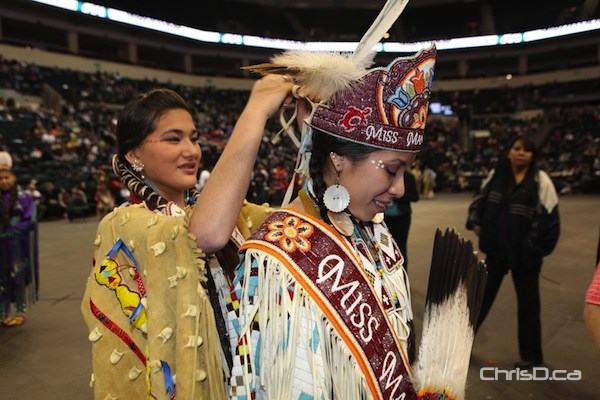 The 2011 Miss Manito Ahbee Travelling Princess was crowned on Saturday, November 5, 2011. Torry Marie Eagle Speaker received the crown this year, which was given out in honour of Cherisse Houle -- the 17-year-old whose body was found in a stream near Winnipeg in 2009. Speaker, who is 17 herself, is from Cardston, Alberta. The Manito Ahbee Festival wrapped up on Sunday at MTS Centre. The highlight was the Aboriginal Peoples Choice Awards on Friday. In the above photo, outgoing Princess Sage Speidel (left) crowns the new princess. (SCOTT BENESIINAABANDAN / HANDOUT)