Home » Photos » ‘Occupy’ Movement Not Going Away Any Time Soon

‘Occupy’ Movement Not Going Away Any Time Soon 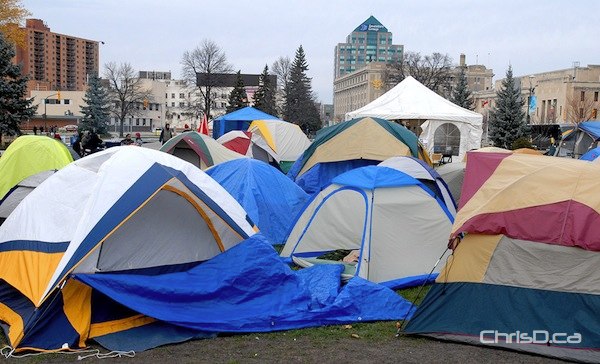 Protestors with the Occupy Winnipeg movement remain in Memorial Park on Saturday, November 5, 2011. Organizers say they're ready for the imminent colder temperatures as winter approaches. Numerous tents now include heavier layers of shelter and battered-powered space heaters. The protestors first began occupying the park on October 15 and say they're prepared to stay well into next year. While their cause for camping out varies depending on who you ask, the overall message is to stand up to corporate greed and income equality. (STAN MILOSEVIC / MANITOBAPHOTOS.COM)