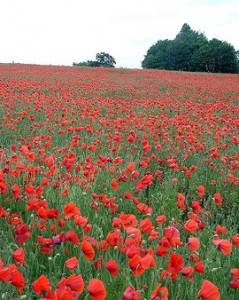 Canadians will honour men and women who served their country on Friday by attending Remembrance Day ceremonies nationwide.

In Winnipeg, more than a dozen individual services are planned. The largest will be held at the Winnipeg Convention Centre beginning at 10:15 a.m. and hosted by the Joint Veterans’ Association of Manitoba. The service is open to the public and will run until about noon.

At 10:30 a.m., a gun salute will occur on the grounds of the Manitoba legislature.

From 2 p.m. to 3 p.m., a guided tour commemorating Veterans’ Week in Canada will be given at the Western Canada Aviation Museum. The tour includes military aircraft such as the Voodoo, Sabre and Tiger Moth. The tour is free with general admission at 958 Ferry Road.

Manitoba’s Naval veterans, including HMCS CHIPPAWA sailors, Sea Cadet Corps and their families, will gather to remember those who served in Canada’s Navy, the Merchant Navy, all men and women in uniform and those who made the ultimate sacrifice for Canada. The service from 10:15 a.m. to 11:00 a.m. will be held at 1 Navy Way.

For a list of ceremonies throughout Manitoba, visit Veterans.gc.ca.