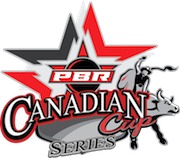 The best bull riders in the world will compete at MTS Centre on Saturday, February 11, 2012. Tickets go on sale this Friday at Tickamaster to coincide with the PBR National Finals in Saskatoon, where a new Canadian PBR champion will be crowned.

Tickets begin at $20 and VIP packages will be available where fans can meet PBR superstars.

Other Canadian stops on the PBR tour include Ottawa, Edmonton, Abbotsford, London, Montreal and Saskatoon.