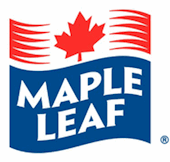 Employees at Winnipeg’s Maple Leaf plant ratified a new four-year agreement on Friday, giving the green light to improvements to wages, pensions and benefits by a favourable 68 percent vote.

About 850 employees represented by UFCW Local 832 work at the Lagimodiere Boulevard facility. Members will receive wage increases of $1.15 to $1.75 per hour over the life of the agreement. The reclassification process will put an additional $250,000 annually into the pockets of the 120 members affected.

Another $4 million has been committed to cover changes with the previous pension plan, while an increase to shift premiums, meal allowance, and boot and tool allowance are also in the new agreement.

“This is a great contract for our members as they have the security of a four-year collective agreement as well as monetary increases in each year,” said union president Jeff Traeger. “I’m proud of our negotiating committee who worked hard since bargaining started in June to make sure we had a new deal in place prior to the current contract expiring on December 31, 2011.”

An additional 350 jobs will be created at the plant under an $85 million expansion.

← Previous: APTN Winnipeg Hiring a Director Next: CONTEST: Win a Trip to the 2011 Grey Cup in Vancouver →
Tags: