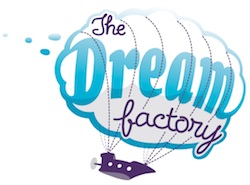 The Rainbow Society has rebranded itself to become The Dream Factory.

The Winnipeg-based charity for children who are battling life-threatening illnesses unveiled the new name and logo at an event on Tuesday featuring family entertainer Fred Penner at the Fort Garry Hotel. Penner, who has a long history with the organization, was appointed The Dream Factory’s honourary spokesperson for 2012.

“We’re evolving our brand to better reflect how we interact with the children who come to us,” said Leilani Kagan, president of The Dream Factory Board of Directors in a release. “Their dreams help them escape from the real world of hospitals and medical treatments to a place where kids can just be kids. The Dream Factory is fuelled by hope and imagination.”

Since 1985, more than 530 dreams have been fulfilled for children battling life-threatening illnesses in Manitoba.