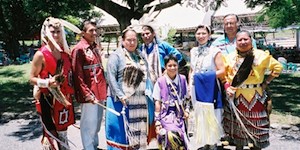 A group of Folklorama entertainers will be representing Canada at the fourth CIOFF World Folkloriada in Anseong, Korea next year.

Summer Bear Dance Troupe was singled out to make the trek October 1 to 14, 2012, and will be the first Manitoba-based performing group selected to represent the country at the event.

The International Council of Organizations of Folklore Festivals and Folk Art (CIOFF) organizes the flagship event every four years, which brings together more than 2,000 performers from over 60 countries to celebrate, share and preserve intangible cultural heritage through forms of artistic expression such as dance, music, games, rituals, customs and other performances.