Home » Photos » The Tents Remain, But No Sign of Occupiers 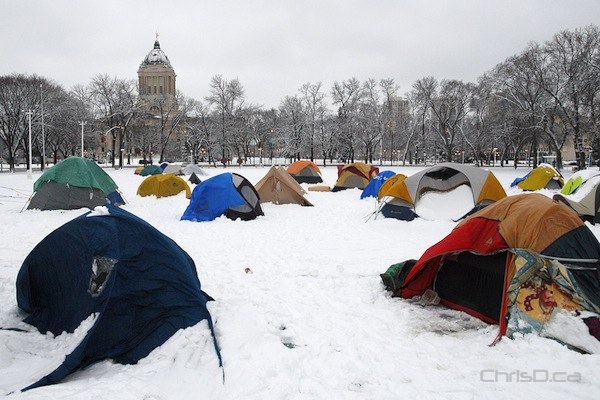 The Occupy Winnipeg camp in Memorial Park sits deserted on Saturday, November 26, 2011. Protestors have vowed to remain throughout the winter and work in shifts, but over the weekend there was little sign of activity. In other major Canadian cities, occupiers have been forced to leave their spots, as protests of income disparity and corporate greed have fizzled out, or moved to other locations. The Winnipeg camp, which took after the Occupy Wall Street movement in New York, began on October 15. (STAN MILOSEVIC / MANITOBAPHOTOS.COM)