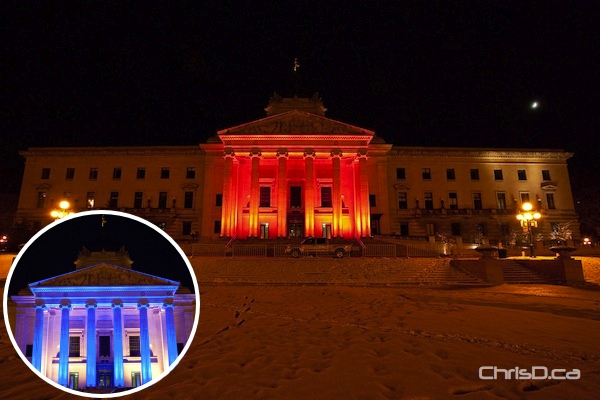 The Manitoba Legislative Building is draped in orange light Tuesday, November 29, 2011. Premier Greg Selinger lost a bet in last Sunday's Grey Cup against his British Columbia counterpart, Premier Christy Clark, when the BC Lions defeated the Winnipeg Blue Bombers 34-23. As a result, the Legislature was BC orange for about an hour Tuesday, or NDP orange, depending on how you want to look at it. However, the Manitoba government showed their true supportive colours shortly thereafter when the orange transformed to blue and gold light to honour the Bombers (inset). (TED GRANT / CHRISD.CA)