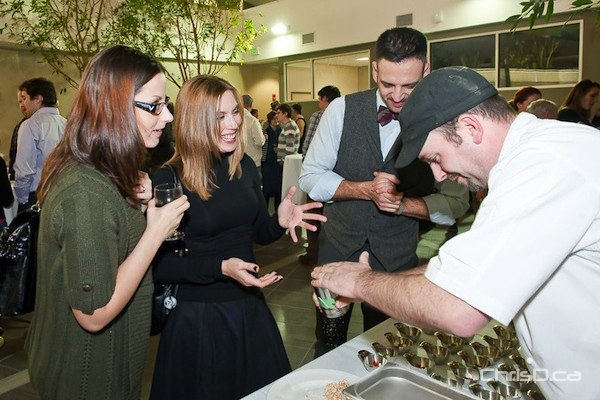 It may take several days and a couple of industrial-strength fans to clear the air of bacon scent from the University of Winnipeg campus, but those who enjoy the salty treat aren’t likely to complain.

The first-ever Baconfest event was held Wednesday evening at the Richardson College for the Environment and Science Complex in support of the United Way of Winnipeg. The fundraiser featured an array of delicious food items crafted by some of the city’s top chefs, all with a special bacon twist. Some of the dishes included bacon corn dog creations, bacon oysters, bacon martinis, and a bacon and jam pizza.

Hot 103’s Ace Burpee hosted the event, and based on the reception from the bacon-savvy crowd, it will be back again next year.