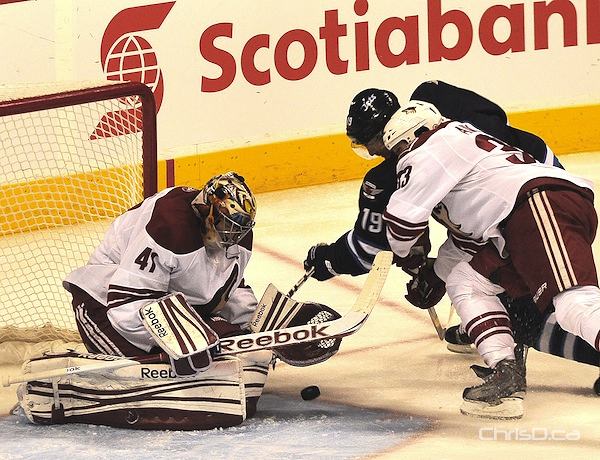 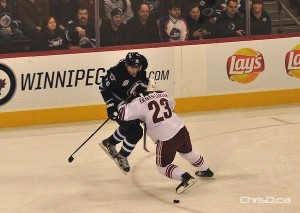 WINNIPEG — A pack of desert dogs who wandered south over 15 years ago finally got a chance to return to their former home on the Canadian prairies Thursday night, as the Phoenix Coyotes visited the Winnipeg Jets at MTS Centre.

Coyotes captain Shane Doan, the only former Jet still with the original franchise, lead his 13-7-3 squad into Winnipeg to face the reincarnated Jets (9-11-4) for the first time since their relocation from Atlanta this year.

“Coming back here for the first time is something that you’ll definitely remember,” said Doan after Thursday’s pre-game skate. “The fans in Winnipeg love their Jets, and they’re going to be passionate for their team. They’re not going to take too kindly to anyone that comes in to play against them. I’m sure our reception’s not going to be a welcomed one, but one that’ll have a lot of emotion.”

The 35-year-old Doan, who was the team’s last first-round draft pick before moving to Phoenix (7th overall, 1995) remains sentimental about his time in Winnipeg.

“I enjoyed my time here. The city gave me a chance to play in the NHL and fulfill my dream. That’s something that you never, ever forget. At the same time I realize that I’m playing against their team, and you’re not going to get the welcome wagon put out for you at all.”

On the ice, the lone goal of the night went to Jets’ centre Bryan Little in the first period, who picked up a rebound shot off Evander Kane with help from Blake Wheeler to make it 1-0 as the final.

“I liked the game. I thought the game was well-played,” Jets’ head coach Claude Noel said afterwards. “We were a lot better with our discipline.”

Noel said the team played better consistently compared to Tuesday night, where they fell 6-4 to the Ottawa Senators.

“We’ll be going at it again [Friday],” Noel said to end his post-game news conference, referring to the team’s practice as they prepare for the New Jersey Devils on Saturday. “Two hours, no pucks,” he joked.

— With files from staff