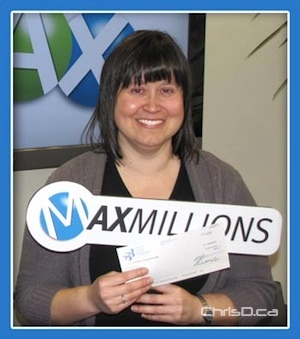 Athilee Woodward went to fuel up at the Red River Co-op at 3755 Portage Avenue nearly seven days after purchasing her winning lottery ticket for the November 18 draw.

After using the self-checker and not believing the multiple zeros looking back at her, Athilee asked the clerk for help.

Athilee beat the odds with her win — which was one in 29 million — and is no stranger to being one in a million, or more accurately, two in a million. She has a rare condition called Cushing’s disease that only affects two people in a population of million. Since her latest surgery, she’s been joking about her fortunes.

“I’ve been saying, how come I can’t win the lottery?” Well, now she has.

Athilee doesn’t have any big plans for her winnings, but says she’s planning a nice Christmas and will pay down some debt.