Home » News » Legislation to Restrict Public Use of Body Armour

Legislation to Restrict Public Use of Body Armour 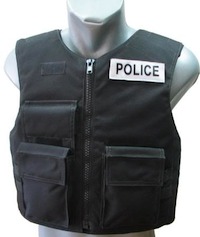 The provincial government is making it more difficult for individuals to own body armour unless they’re required to wear it as part of their job.

Manitoba Justice Minister Andrew Swan announced Friday new rules under the Body Armour and Fortified Vehicle Control Act to ensure the safety of the public and police officers while they’re on duty.

Starting, January 1, 2012, individuals will be required to have a permit if they wish to own body armour, or drive/own a fortified vehicle, such as one equipped with bullet-resistant glass or designed to withstand an explosion.

“Gang members and other criminals who equip themselves with body armour and fortified vehicles present a direct threat to public safety and especially to police,” Swan said. “Body armour is designed for police officers and others involved in public safety. It has no place or business to be in the hands of criminals to help protect them while committing crimes or protect them when being confronted by police.”

The province will begin accepting applications for body armour/fortified vehicle permits and licences next month. The fee will be $100 for a five-year licence, and then $50 after that for a five-year renewal.

Enforcement of the legislation, which also includes monitoring the sale of body armour, will begin in April. Those found with body armour that don’t have a permit could face fines up to $10,000 and/or three months in jail. Businesses could be fined up to $25,000.