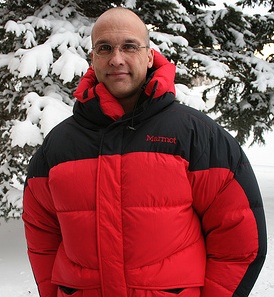 The man known as Professor Popsicle, for his 25 years of cold water research, has released a free DVD showcasing his chilly body of work.

Dr. Gordon Giesbrecht’s research is celebrated in “Beyond Cold Water Boot Camp,” and is geared towards saving lives.

Giesbrecht, a professor in the Faculty of Kinesiology and Recreation Management at the University of Manitoba, has released three prior videos in the series, which targets the public, first responders, educators and policy-makers.

More than 20,000 copies of the film have already been distributed across North America. Complimentary copies are available to the public.