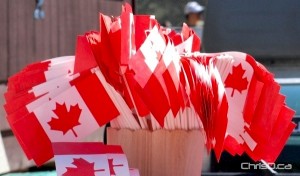 The province officially welcomed 30 new Canadians to the country during a swearing-in ceremony Tuesday at the Manitoba legislature.

The new citizens were given a provincial welcome certificate, a gift reflecting the province’s multicultural values and a commemorative photo as a memento of their accomplishment.

“New citizens in Manitoba are actively encouraged to maintain and share the traditions of their homelands,” said Culture, Heritage and Tourism Minister Flor Marcelino. “Today’s new Canadians reflect the diversity of Manitoba itself, a quality we proudly cherish.”