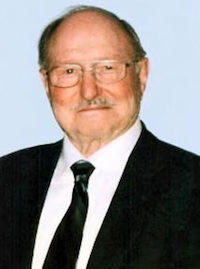 A Winnipeg charity has been fined $174,000 by the Canada Revenue Agency for repeatedly violating charity regulations.

The Reimer Express Foundation, founded by local businessman Donald Reimer, has donated about $12 million over the last six years in support of Christian organizations.

The allegations facing Reimer’s foundation state he made improper payments to foreign organizations and 24 retired pastors, according to the Globe and Mail.

The penalty handed down by the CRA is believed to be the largest of its kind.

The agency previously audited the foundation for the 2003-2004 fiscal years, where it turned up $250,000 in improper donations. For a Canadian charity to donate to a charity outside of the country, as in this case, approval is first needed by Canadian officials. Reimer donated to organizations in the United States and Britain.

A second audit for the 2009 fiscal year found $84,000 in payments made to 24 retired pastors, which the CRA found to be for personal use, and not for consultative services and support work, as the organization stated.

Reimer also contributed money to an organization who was no longer considered a charity after having its charitable status revoked.

Documents also show Reimer’s money has gone to the Canadian Museum for Human Rights, Winnipeg Art Gallery and the United Way of Winnipeg.

No one from the Reimer Express Foundation was available for comment on Tuesday.