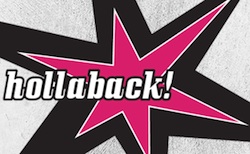 An international movement to end street harassment has launched in Winnipeg, as well as in 11 other locations.

Hollaback! is run by a team of local activists who are deeply committed to working online and offline to end street harassment in Winnipeg.

“Street harassment is not only a form of violence in itself, but is a gateway crime to other forms of violence both in public and in private,” said Jodie Layne, director of Hollaback! Winnipeg. “Women’s safety isn’t just a woman’s issue. I was compelled to start a site here to not only make space for women and LGBTTQ folks to reclaim their voices, but to tell people that it’s unacceptable. We all have a responsibility to hollaback at harassers.

The organization is now in 45 cities and 16 countries, with leaders speaking more than 9 different languages.