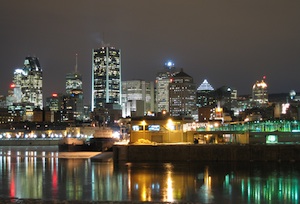 Canadians looking to get away this holiday season aren’t straying too far from home, according to data released Tuesday by Hotwire.com.

The discount travel site reports Canadian travellers are making Montreal their top destination for vacation this year. The Quebec city was ranked #1 as the go-to place to unwind from the stresses of the bustling season.

“We’re seeing folks becoming more open to the idea of spending the holidays in popular leisure destinations both close to home and internationally,” said Clem Bason, president of the Hotwire Group in a release.

New York City came in second, followed by Toronto, Orlando and Fort Lauderdale. The average nightly accommodation rate for the top five destinations ranged from $74 to $179.