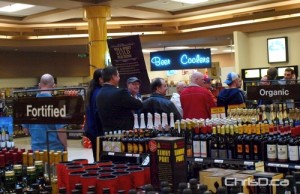 A Manitoba Liquor Mart is shown in this file photo. (CHRISD.CA FILE)

“This initiative is part of the government’s effort to prevent minors from accessing alcohol and although it may seem confusing,  it really speaks to both age groups,” MLCC spokesperson Diana Soroka said in an e-mail.

“In Manitoba, anyone who appears to be under the age of 25, will get asked for photo ID when purchasing alcohol at a retail store or within a licensed premise or trying to enter an age-restricted premises.”

The changes also make it illegal for an adult to lend their ID to a minor to gain access to alcohol or age-restricted premises.