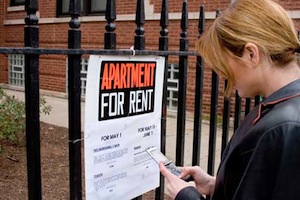 It’s getting tougher to find an available apartment to rent in Canada, thanks to a drop in the overall vacancy rate.

Figures released Tuesday by the Canada Mortgage and Housing Corporation (CMHC) show a national dip of 2.2 percent in October 2011, from 2.6 percent a year earlier. The numbers are part of the fall Rental Market Survey.

← Previous: Experts Weigh In on Climate Change at U of M Next: MTS Adds New Channels to TV Lineup →
Tags: Canada | Real Estate