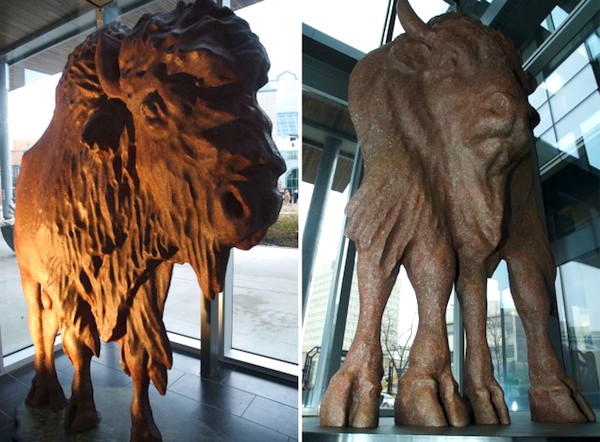 The sculptures were created by award-winning Canadian artist Joe Fafard and were unveiled during a ceremony Tuesday. Each stands nearly eight feet tall and weigh almost 1,000 lbs. each. They sit in alcoves on both sides of the Graham Avenue entrance to the building. Two more adult bison statues will be placed in similar alcoves at the building’s Portage Avenue entrance, while one bronze bison calf will be placed outdoors near each entrance.

“I hope that having people see something that gives them some awe for a fellow creature can translate into some care for the environment,” Fafard said in a release.