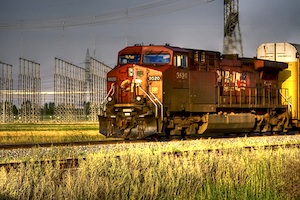 The first year of infrastructure upgrades to Canadian Pacific’s North Main Line between Winnipeg and Edmonton is complete.

About 155 miles of track was completed during 2011, including rail and tie upgrades, new and extended sidings, and public crossing upgrades.

The remaining part of the project also calls for enhancement efficiencies at CP yards in Saskatchewan.