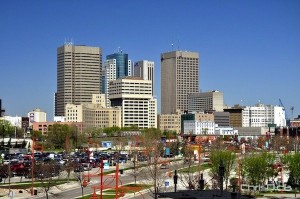 Winnipeg has been named as the ninth most dangerous city in Canada, according to Maclean’s fourth annual crime ranking released Thursday.

The ranking looks at Canada’s 100 largest cities and ranks them in several categories, such as aggravated assault, robbery, homicide, breaking and entering, auto theft and sexual assault.

Winnipeg ranked #9 as the most dangerous, while four British Columbia cities filled up the top 10. Surrey placed 10th, Kelowna placed seventh, Victoria placed second, and Prince George came in first. The least dangerous? Caledon, Ontario, which placed last on the list. Overall, Manitoba ranked fifth among all provinces and territories for crime.

Winnipeg did place first in another category, unfortunately, being named the most likely city to be the victim of a robbery.