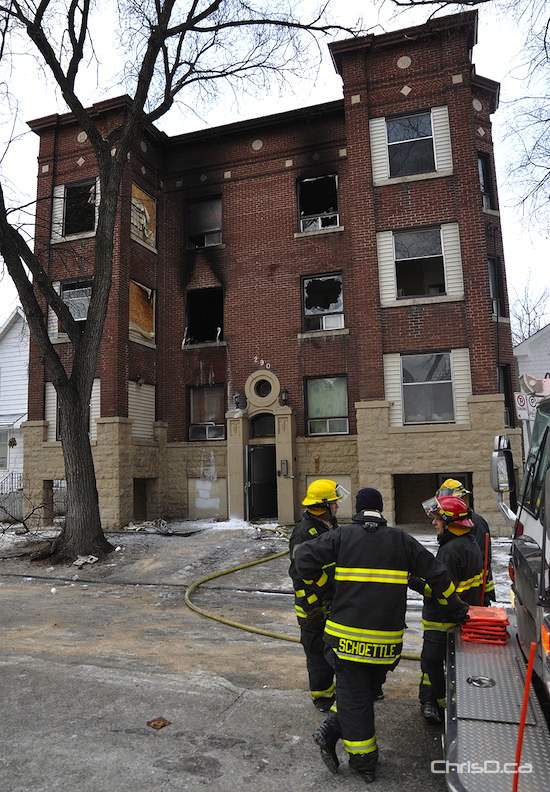 Winnipeg firefighters rest after extinguishing a blaze at an apartment block at 290 Beverley Street on Saturday, December 17, 2011. The fire forced the evacuation of 18 people -- 12 children and six adults -- and caused an estimated $625,000 in damage. The cause of the early morning fire is under investigation. One firefighter was treated for minor injuries. (MAURICE BRUNEAU / CHRISD.CA)

← Previous: First Manitoba-Made Airship Unveiled at the U of M Next: Little Snow Having Minimal Impact on Winter Activities →
Tags: Fire