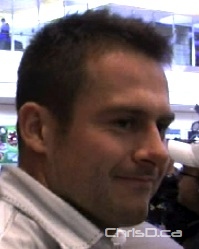 The Winnipeg Blue Bombers have locked up safety Ian Logan for another season.

The 29-year-old all-star from Waterloo was named to the CFL All-Star team last season for the first time in his career after recording 34 defensive tackles, four interceptions and one fumble recovery

“I’m very excited to get this deal done and remain a Winnipeg Blue Bomber,” Logan said in a statement. “Winnipeg took a chance on me and gave me the opportunity to grow into the player I am today and for that I’m very grateful. We have a very good football team and I’m looking forward to getting back on the field and competing once again for the Grey Cup.”