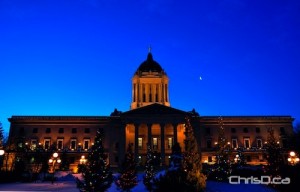 Manitoba’s population grew by 15,700 people over the last year, according to new figures released Tuesday by Statistics Canada. The increase was measured between October 2010 and October 2011, accounting for an overall provincial population of 1,254,700.

The increase is the second-highest since record keeping began in 1971, and accounts for the third highest population growth in the country.

Over the past three years, nearly 47,000 people have moved to Manitoba — the best three-year increase since at least 1970.