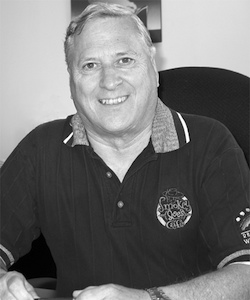 The longtime executive producer of Rainbow Stage passed away Tuesday.

Ken Peter began his career at the Winnipeg production company in 1957, where he performed in the “Pot of Gold Variety Show.” His time there spanned more than five decades, where he worked as a performer, served on the Board of Directors, and later took the helm of general manager/executive producer in 1998.

“Over the years, Ken’s involvement has varied, but his love of musical theatre and his dedication to his craft has consistently been there and Rainbow Stage has been the beneficiary,” said Doug Meacham, president of the Board of Directors.

“Peter was a huge supporter of the arts and the arts community. He has impacted the lives and careers of many many young artists.”

“He will be sorely missed in our community, especially here at Rainbow Stage.”