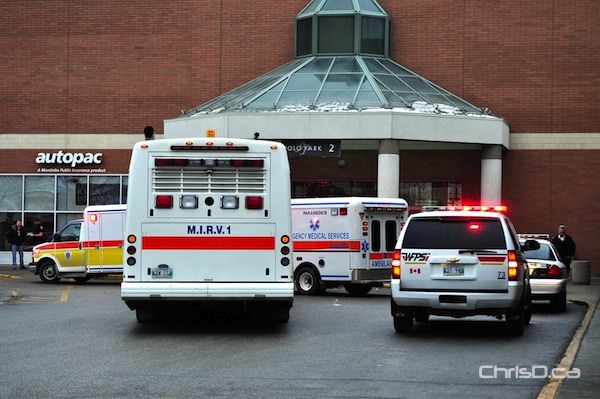 The incident happened at about 2:30 p.m. near Sears, resulting in three people being sent to hospital. Winnipeg police responded and cordoned off the area for about an hour while they investigated. No one was seriously injured and police haven’t yet made any arrests.

According to a witness at the scene, one man fired pepper spray at another man inside the mall before they both left the premises.

A similar pepper spray incident happened during Black Friday in the U.S., where a woman tried to disperse the crowd in front of her to gain access to a video game at a Walmart in Porter Ranch, California.

This wasn’t the only incident to rile city shoppers today. Earlier reports said people were shoving and trampling each other at the Best Buy on St. James Street. The electronics retailer opened its doors at 6 a.m. to a large crowd.