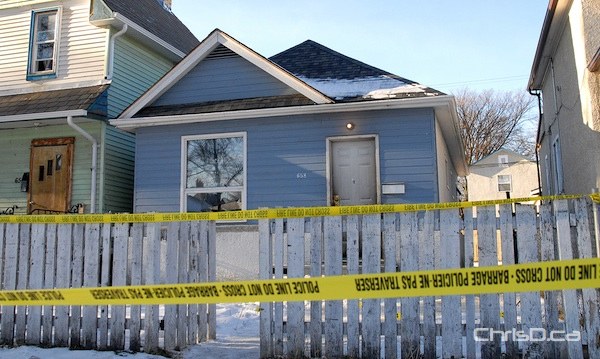 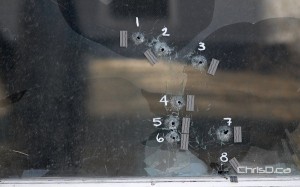 Bullet holes are marked by police as evidence of a shooting on Victor Street Wednesday. (STAN MILOSEVIC / MANITOBAPHOTOS.COM)

Winnipeg police have spent much of the day investigating a shooting at a home at 658 Victor Street.

At about 8 a.m. Wednesday, officers responded after reports of gunshots in the West End neighbourhood. As many as eight bullet holes could be seen in a window at the front of the home.

No one was injured in the incident and members of the Major Crimes Unit are investigating.