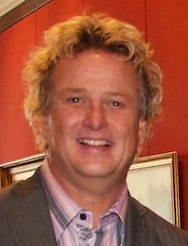 The Winnipeg Blue Bombers have a new president and CEO in Garth Buchko effective March 1, the football club announced Thursday.

Buchko was most recently the general manager and president of Corus Entertainment Winnipeg, overseeing radio stations CJOB, Power 97 and 99.1 FM since 1995. In the latest ratings book released this past December, two of the three stations claimed the top two positions.

“I am thrilled to join one of the historic sports franchises in this country, and look forward to working with the entire organization as we look ahead to many exciting times in the coming years,”  Buchko said in a release. “This organization drives deep into the fabric of our province and I am excited beyond words to help us continue to strive for excellence.”

Buchko, 53, graduated from Red River College’s Commerce/Industry Sales and Marketing program in 1982. He then moved to a small community in Saskatchewan to begin work in the radio industry before returning to Winnipeg four years later, where he held the position of sales manager at the former Q-94 FM.