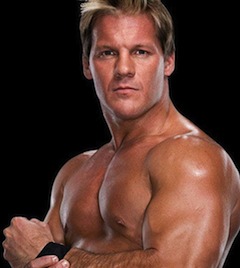 Winnipeg wrestler, author, dancer and entertainer Chris Jericho will return to his hometown on Friday, January 20.

Jericho will be part of the WWE World Tour event at MTS Centre, where the headliners are being promoted as CM Punk facing The Miz for the WWE Championship inside a steel cage.

An opponent for Jericho hasn’t yet been named, but his presence is sure to rile the diehard “Jerichoholics.”

The show will also include “The World’s Largest Athlete” The Big Show, Daniel Bryan and Mark Henry battle for the World Heavyweight Championship in a Triple Threat Match, and Ted DiBiase faceing Cody Rhodes for the Intercontinental Championship.

Tickets are on sale now at Ticketmaster.

Jericho last appeared on ABC’s “Dancing with the Stars” this past spring. He was eliminated with partner Cheryl Burke several weeks into the competition.