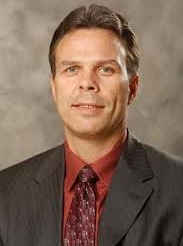 With the second half of the 2011-12 hockey season about to begin for the Manitoba Bison men’s and women’s hockey teams, an annual fundraiser will feature a special guest from the Winnipeg Jets.

Cheveldayoff was named to the executive vice-president and GM position on June 8, 2011, following his role as assistant GM with the Chicago Blackhawks. During his career, Chevldayoff also led the Chicago Wolves (AHL) to win two Turner Cups and two Calder Cups during his 12-season run with the club.

Proceeds from the joint dinner fundraiser will support the Bisons’ hockey programs of the past and present.

Single tickets are $125, or $1,000 for a table of eight. Tax receipts will be provided. All donations will be matched by the Manitoba Scholarship and Bursary Initiative.

The night will include door prizes and a silent auction.

← Previous: Van Halen to Play MTS Centre on May 13 Next: Winnipeg Basks in Spring-Like Temperatures →
Tags: Hockey | University of Manitoba