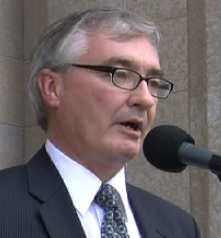 The meetings will give Manitobans a chance to make their voice heard as the government works toward announcing the 2012 budget this spring.

The first consultation will be tonight at the Waverley Heights Community Centre, 1085 Chancellor Drive, at 7 p.m.

Five more meetings are planned throughout the province this month:

Those unable to attend can write their concerns to:
Budget Consultations, Room 103, 450 Broadway, Winnipeg, MB, R3C 0V8, or by e-mail to [email protected].