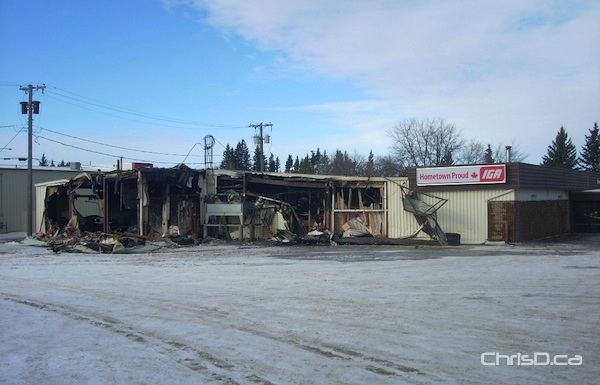 The Roblin IGA suffered nearly $1 million in damage after a fire on Sunday, January 8, 2012. (RCMP HANDOUT)

A grocery store in Roblin was severely damaged by a structural fire Sunday night.

RCMP say a passerby noticed smoke coming from the Roblin IGA on Main Street at about 10:30 p.m. and called 911. No one was inside the store at the time and no injuries were reported.

Police say the cause is suspected to be faulty wiring.

RCMP and the Manitoba Office of the Fire Commissioner continue to investigate.