Joel Plaskett Emergency to Play the Garrick on April 21 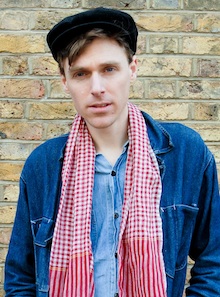 The trio — made up of Plaskett on lead vocals, Dave Marsh on drums and bass, and Chris Pennell on bass guitar — are attempting to release a song each week for 10 weeks. A physical version of the full record will be released on March 27.

CBC Radio will premiere each song as it is released on Radio 2’s “Drive with Rich Terfry” every Tuesday, starting today through March 13.