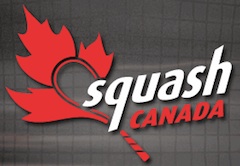 A team of five squash players from Winnipeg will have two teammates from Quebec join them when they represent Manitoba at the 2012 Canadian Masters Team Championships this weekend.

Danielle Parent and Denis Chamberland hail from Quebec — both born in 1961 — and moved to Manitoba in 1988. The two began playing squash in their mid-20’s and early 30’s and finally crossed paths while playing at a tournament. The two are now friends and will assist Team Manitoba January 13-15 in Gatineau, Quebec.

The championship has representation from each of Canada’s provinces and territories.