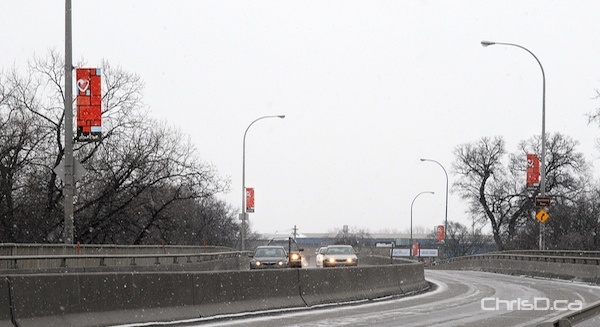 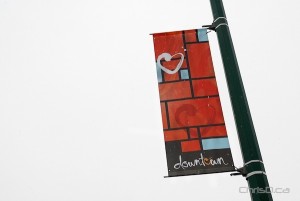 The Downtown Winnipeg BIZ put the banners up to welcome people to the heart of the city, and will help to identify downtown’s boundaries.

Banners have been raised on the Midtown/Donald Bridge and Disraeli at Main Street. Banners on the Osborne Street and Main Street Bridge will be installed later this month. These new gateway banners will be in place for approximately four years where they will be revitalized and re-envisioned with feedback and interest from the public.

“These banners will animate our downtown and create a ‘wow’ factor on our streets,” said BIZ executive director Stefano Grande. “Everyone coming downtown will be welcomed with the same greeting and know they are entering the heart of their city.”

There are seven gateways in total, including the Provencher Bridge, where banners were first raised in 2006.