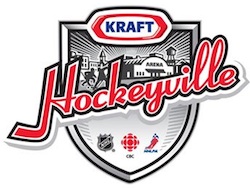 More than half of Manitobans feel hometown arenas around the province are in serious need of an upgrade.

A survey done in December by Ipsos Reid on behalf of Kraft Hockeyville found 52 percent of respondents felt Manitoba’s arenas could benefit from repairs. Now a Kraft-sponsored contest could pump $100,000 into deserving community arenas throughout the country, including in Manitoba.

Kraft Hockeyville 2012 is searching for Canada’s most passionate hockey town. The winning community will receive $100,000 to help pay for upgrades to their local arena, host a 2012/2013 National Hockey League pre-season game, and be treated to a visit from CBC’s “Hockey Night in Canada.” Prizes of $25,000 will be awarded to four runner-up arenas.

Respondents to the survey also indicated the most important upgrades for community arenas should include new bleachers and safer rink board glass.

Nominations can be made at KraftHockeyville.cbc.ca until January 31, 2012 at 11:59 p.m. ET. Nominate your community today!