Home » News » Assiniboine Forest in the Running for National Contest

Assiniboine Forest in the Running for National Contest 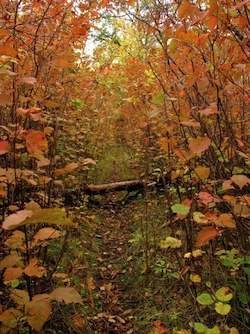 Winnipeg’s Assiniboine Forest has made the shortlist of nominations in the second annual Great Places in Canada contest.

The forest — located in Charleswood adjacent to Assiniboine Park — is nominated in the Great Public Spaces category, competing with the likes of Hecla Provincial Park near Riverton, Manitoba, Nathan Phillips Square in Toronto, and other destinations. Botanical Beach in Juan de Fuca Provincial Park near Port Renfrew, BC, is currently the leader in the same category.

There are 33 nominations so far that have collectively received over 3,400 votes in the contest, which is being put on by the Canadian Institute of Planners.

Nominations can be made until January 31, 2012 at GreatPlacesInCanada.com. Voting will take place until February 29. Judges will then decide on the semi-finalists in early April and announce the winners later that month.