Remnants of a $1M Blaze 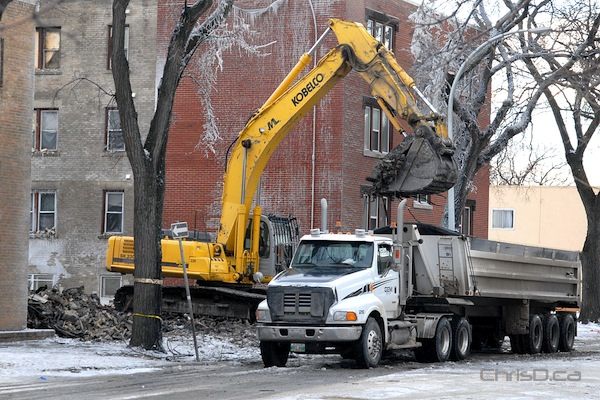 Demolition crews remove rubble from an apartment fire in the 500 block of Sherbrook Street on Sunday, January 15, 2012. The $1 million fire on Saturday was deliberately set and left 20 people homeless. Two men and a male youth face charges and are being held in custody. (STAN MILOSEVIC / MANITOBAPHOTOS.COM)