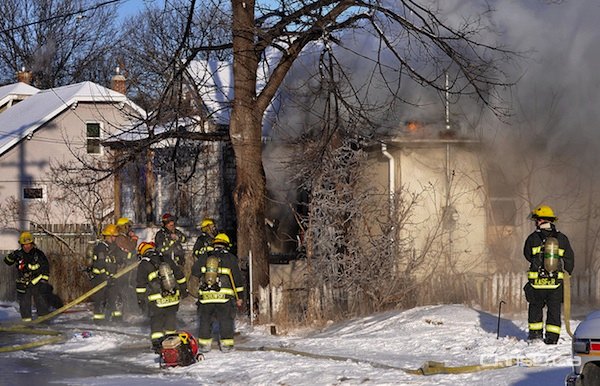 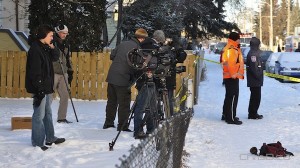 Winnipeg media shoot a fire on Magnus Avenue from across the street on Friday. (MAURICE BRUNEAU / CHRISD.CA)

WINNIPEG — A family escaped safely from a fire in their North End home Friday morning.

Firefighters responded to the blaze at 379 Magnus Avenue just after 9 a.m., which fully engulfed the bungalow by the time crews arrived.

The fire was fought in defensive mode to protect surrounding homes between Salter and Aikins Streets.

The family of the home is said to have sought shelter with neighbours.