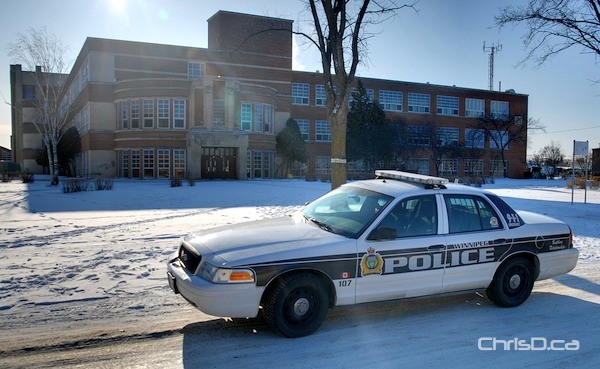 Tec Voc High School was placed into lockdown Friday after administrators received a possible threat. Winnipeg police responded to the school late in the morning to investigate. The threat turned out to be unfounded and doors were unlocked at around 2:30 p.m. Details on the nature of the threat were not released. (STAN MILOSEVIC / MANITOBAPHOTOS.COM)