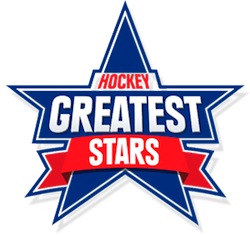 Former Montreal Canadiens players will lace up their skates during an alumni game in Ile Des Chênes, Manitoba on Saturday, February 11.

Guy Lafleur will be the head coach of the Canadiens Alumni team, as players Stephane Richer, Patrice Brisebois, and goaltender Richard Sevigny take part in the special on-ice occasion. Eleven Canadiens players in total will be involved in the game at the Ile Des Chênes (IDC) Arena beginning at 7:30 p.m.

Lafleur needs an assistant coach on the bench, which any fan an apply for by placing a bid starting at $750. Two player positions on the Canadiens Alumni team are also available for $1,500.

The Canadiens will face players from the Ile Des Chênes Minor Hockey Association before an after-game community social at the TransCanada Centre next door to the arena. Social tickets are $12.50 and go on sale February 1.

Game tickets are $15 and 650 will be available to the public. VIP tickets are $75 with a limit set at 100. VIPs will have access to VIP seating during the game right beside the Montreal Canadiens’ bench and will also be invited to a meet and greet with the Canadiens players before the game.

Proceeds from the event will go to support the Ile Des Chênes Minor Hockey Association. For tickets, call (204) 800-1313 or e-mail [email protected].

← Previous: An 'Alternative' Spring Break for U of M Students Next: MTC Takes 'Melville Boys' on Regional Tour →
Tags: Hockey