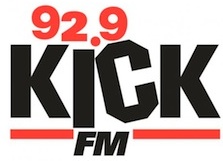 Red River College campus radio station 92.9 KICK-FM appears to be finished after a decision handed down by the Canadian Radio-television Telecommunications Commission (CRTC) on Monday.

In a Facebook posting, the station said it was informed by the CRTC that it would “no longer be allowed to train students for a career in radio.”

The Winnipeg radio station has been a training ground for many aspiring students in the Creative Communications program seeking to work in broadcasting behind the mic.

“It is doubtful that RRC will want to continue funding a radio station that does not work within its educational department. Therefore, it seems unlikely at this point in time that KICK-FM will remain on-air,” the message went on to say.

Station management says there may be the option to move to an Internet-only feed, but didn’t provide definite details.

“We just learned about the situation with KICK and the CRTC today (Monday),” said Colin Fast, RRC’s communications manager. “We’re looking into it further and reviewing our options. No decisions have been made yet.”

KICK-FM has been on the air for the past eight years.